No items found.
Product is not available in this quantity.

Soul. Passion. Tradition. Barbecue found Matt as much as Matt found it. Getting his start, like so many pitmasters before him, Matt began by experimenting in his grandmother’s backyard, ultimately developing a singular style of barbecue that expresses the soul of his people and the power of his imagination.

The Horn way features the meat-smoking techniques of Central Texas infused with the deep foodways of the Black South. From farmers markets to his wildly popular pop-ups, Matt Horn has introduced a new food movement that draws from those roots in Texas and the South. Matt calls it “West Coast barbecue.” It’s a cuisine that tells the story of their people and their traditions. This is why Horn Barbecue is launching in West Oakland. This neighborhood was the cultural center for food, music, and the arts for the families of the great Black migration. Matt cooks with the passion and purpose of a chef who knows that he has a responsibility to represent the best of his people. “I am their story,” says Matt. “We are their wildest dreams.” The dream is Horn Barbecue.

Let me make this

i never set out

Growing up around it, I was perfectly happy eating Barbecue occasionally on weekends. After confidently grilling a bad batch of spare ribs for my girlfriend at the time, to which she was not pleased, I decided I would never cook bad cue again. It was that commitment to excellence that I began my process of becoming a devout student of the craft, obsessing and even dreaming about the next cook. I have never been consumed by anything the way I am with barbecue, and every-time I cook, it is the reflection of an internal fire that continues to grow. 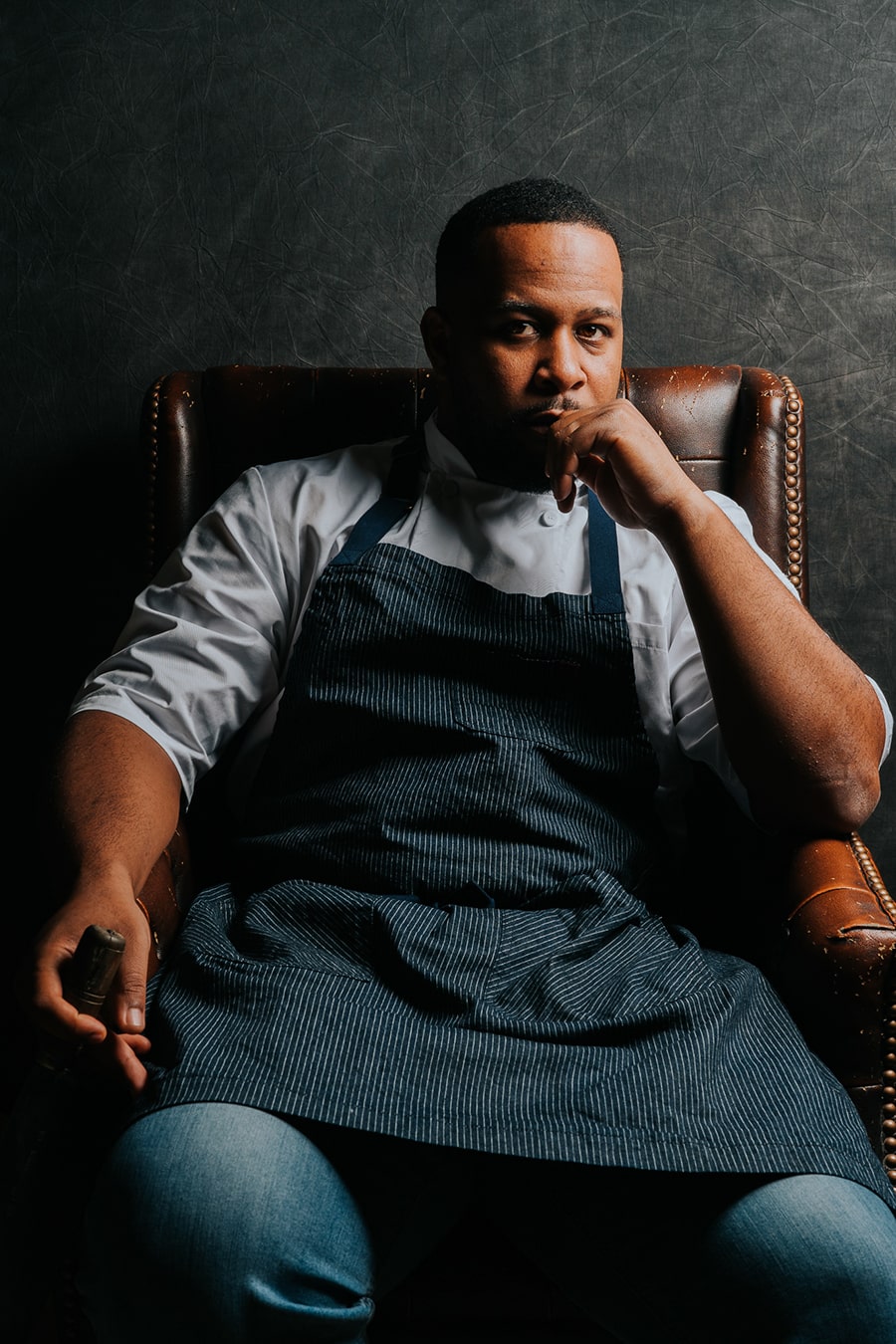